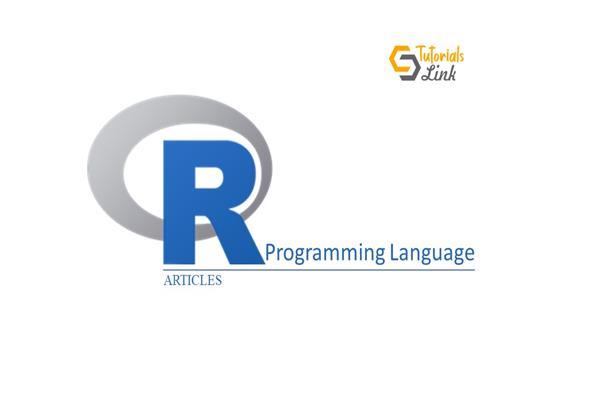 What is the Difference between Core java vs Advanced java?

Nov 25, 2021 core java, advanced java, 264 Views
This is a question that many developers have asked before. If you are new to java programming, this article will help you understand the difference between the two.

What is the Difference between Core java vs Advanced java?

Java is a general-purpose programming language that enables developers to create reliable, secure, and efficient software. There are two levels of Java: Core and Advanced.

Core: Core Java is a programming language that can be used for web applications and applets. It provides the essential features, such as data types, operators, expressions, and statements required for writing any program in the Java language.

Advanced: Advanced Java expands on the features of core Java with features such as threads, networking, and multi-threading, as well as an introduction to graphical user interfaces (GUI) components such as buttons and windows. This article is intended to develop a clear picture of the difference between Core Java and Advanced Java. 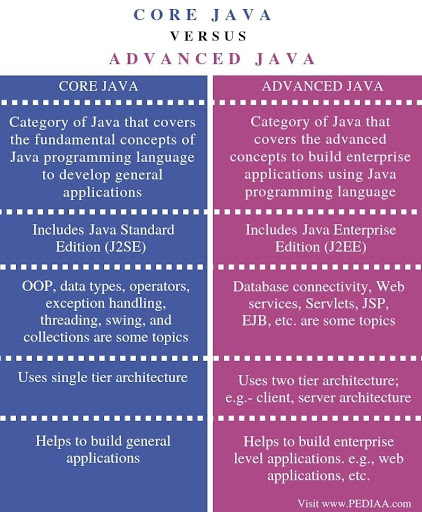 Core Java is a popular programming language that mainly focuses on building general applications. It is categorized as Core Java, one of the Java Standard Edition (J2SE) versions. One of its major objectives is to provide an object-oriented platform for developers to write, test, and run their programs. The JVM (Java Virtual Machine) also helps in compiling programs into bytecode which can be executed by any computer that has the JRE (Java Runtime Environment). This programming language has been used by some major companies like Google, Amazon, Apple - just to name a few.

Java is an object-oriented programming language. Java has a very simple syntax, and it is easy to learn. Java programs use objects with properties and methods to interact with the world. The main OOP pillars are encapsulation, inheritance, abstraction, and polymorphism.

Java has been known as the most popular programming language in use today. However, not all programmers are at the same level. If you are an intermediate programmer who wants to move on to advanced Java, then this is the right time for you!

Advanced Java is a level ahead of Core Java, and it covers more advanced topics such as web technologies and database access. It is a subset of Java. It's a computer programming language that allows coding for any platform, from the browser to applets to web applications.

A variety of subjects are covered in Advanced Java. Java Database Connectivity (JDBC) is an acronym for Java Database Connectivity. It's a Java API for creating independent connectivity between Java-based applications and databases like MySQL, MSSQL, and Oracle. Servlets and JSP also enable the creation of dynamic web applications. To construct enterprise applications, EJB provides distributed and highly transactional characteristics. Java web services also aid in the development of SOAP and RESTful web services. They give applications a common platform to connect with one another.

Core Java is a language that is designed to be simple and straightforward, while Advanced Java is a language that can do more complex things. Core Java focuses on the basics of the language. It doesn't have as many features as advanced Java. In Core Java, you will find out how to use variables, loops, and data types, as well as what some of the built-in classes are available in Core Java. Advanced Java has more features than Core java because it aims to teach programmers how all aspects of the language work together. You will learn about more complex data structures such as Relational Databases and Multithreading in Advanced java.

Applications written in core Java are often stand-alone programs that can run on multiple platforms or are platform-specific. Simply said, fundamental Java aids with the development of general-purpose apps like a student attendance tracking system, an EMI calculator, or the traditional snake game. Advanced Java applications, on the other hand, are those that enterprises employ or are at an enterprise level. This includes server-based programs.

Java Packages are an integral part of Java programming. They are used to organize the content of the software programs. They help the programmer to divide the code into logical blocks. Packages provide a level of abstraction and encapsulation, which helps in managing large projects.

Currently, there are four types of packages that one can use in Java programming:

The level of Java knowledge is not specific to any one industry. This is the most widely used language for software development and has provided many opportunities for programmers. Java programming language was developed by James Gosling at Sun Microsystems (now Oracle) in 1991. The programming language offers three levels of knowledge, namely Java, core Java, and advanced Java.

For those beginners, who are just getting started with programming, it can be hard to know which level to start off with, while some may want to go straight into advanced level due to their experience in programming languages before Java.

Many people use Java on a daily basis without even knowing they are using it - this means that they are using the Android operating system on their phones or tablets, which is built on top of the Java platform.